Pence Backs RINO Kemp – Stabs Trump In The Back Again

He is now backing RINO Brian Kemp in the Georgia Governor GOP Primary.

The campaign issued a release that said Pence would attend a rally with Gov. Kemp on Monday, May 23 – the day before the May 24 primaries in Georgia.

The former vice president is throwing his weight behind the governor as former President Donald Trump backs his challenger, David Perdue. 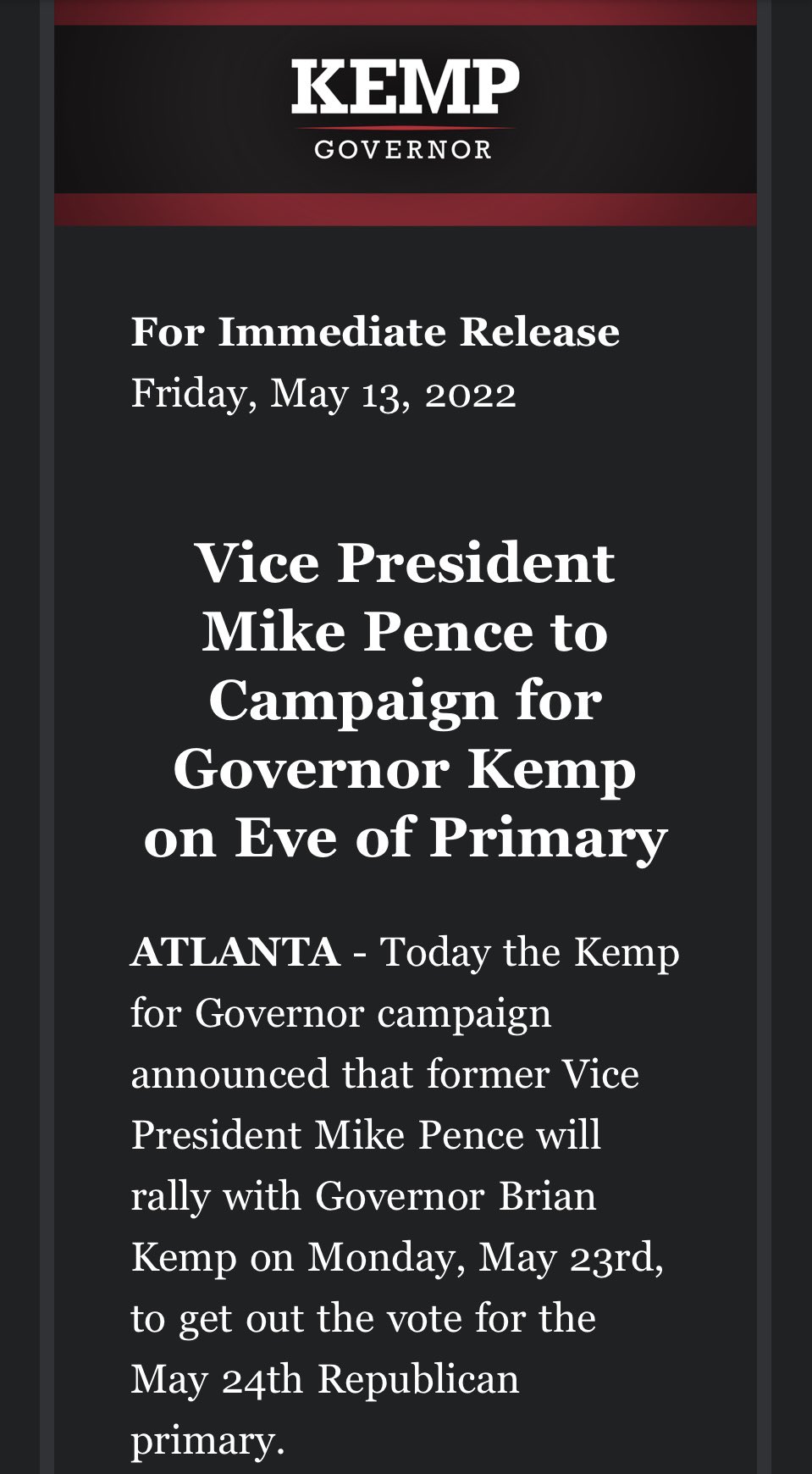 There is no reason that anyone should support Brian Kemp for Governor.

Trending: Chris Yoon: Durham Is About To Make History…

He allowed the 2020 election to be stolen in Georgia.

GWINNETT COUNTY, GA!🚨 Woman illegally stuffs Dropbox with 30-40 ballots on Oct 19th, 2020. Video obtained from the County itself. This is irrefutable evidence of a crime! Georgia Democrats and Republicans have both chosen to cover it up. #2000Mules #TrueTheVote #OrganizedCrime pic.twitter.com/Bt7sb38WTF